As the growing popularity of electric vehicles sparks an increased demand for battery-related minerals, new research by ActionAid exposes the harmful impact of manganese mining on communities in South Africa.

South Africa is the world’s biggest producer of all forms of manganese – which is mostly used in steel, but increasingly in low carbon technologies such as batteries, wind turbines and electric vehicles – exporting 20 million tonnes in 2019, valued at US$4 billion. Meanwhile sales of electric vehicles are booming in Europe; in 2020 sales more than doubled compared to 2019, even surpassing sales in China.

Mining companies are exporting vast amounts of mineral wealth but contributing only a tiny fraction to local communities. The manganese industry contributes just 8.3% to South Africa’s GDP despite representing 25% of exports.

The Northern Cape, where manganese is extracted, is the fourth richest mineral province in South Africa, but has one of the country’s highest levels of poverty and unemployment rates, and lowest education levels. 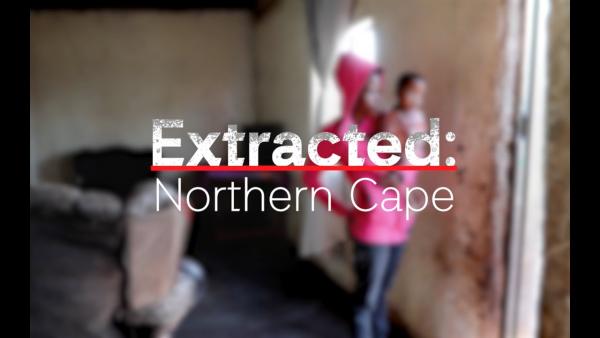 ActionAid and Dutch NGO Centre for Research on Multinational Corporations (SOMO)’s new report, Manganese Matters, finds that the increased demand for manganese for batteries is posing a serious threat to local communities, with women and girls most at risk from rights abuses, including severe health conditions such as asbestos poisoning and tuberculosis, and exploitation.

The research traces how South African manganese ore is sent for processing in Japan, South Korea or China, before being turned into batteries by manufacturers like Panasonic and Samsung, and then used in electric vehicles sold by the world’s leading car brands such as Volkswagen*, BMW and Toyota.

Julia Sánchez, Secretary General of ActionAid International, says: “Minerals like manganese are clearly crucial to help decarbonise our economies and tackle the climate crisis. But a just energy transition cannot be built on human rights abuses and exploitation.

“Families living near mines owned by multinationals that export $billions in mineral wealth are suffering from biting poverty and soaring levels of unemployment. Their communities lack basic amenities, including health centres and schools. All in an area deemed unsuitable for human settlement due to the health risks.

“From multinational mining giants to some of the world’s biggest car manufacturers, corporations must take responsibility for the impact the energy transition is having on vulnerable communities. Mandatory national and international regulations must be put in place to ensure that businesses are held accountable for violations of human rights and environmental laws in their supply chains.”

Key findings from the report’s survey of 140 people living in the communities of Magojaneng, Maipeng and Vergenoeg in the Kalahari Manganese Field, show they face violations to their rights to water, health, and free and prior informed consent:

The research shows that women and girls are most affected by the activities of mining companies in the Northern Cape and more at risk of gender-based violence. They are forced to walk long distance to find clean water and access health centres. They face limited employment options (South African mining legislation requires just 10% of general labourers to be women) and struggle to support their families, some are forced into sex work to survive.

Mineworkers are often the only residents of villages in the Kalahari Manganese Fields in employment. The research highlights how this creates an unhealthy power dynamic between mineworkers, who are often from outside the area, and predominantly young women hoping to escape poverty. This leads to high levels of HIV and other sexually transmitted illnesses.

Matlhogonolo Mochware uses her personal experiences as a survivor of sexual violence by a mine worker to support other women to escape exploitation and abuse and become financially independent.
Sam Reinders/ActionAid

Matlhogonolo Mochware, a community activist for ActionAid partner Women Affected by Mining United in Action (WAMUA), uses her personal experiences as a survivor of sexual violence by a mine worker to support other women to escape exploitation and abuse and become financially independent.

“In many of the mines, the mineworkers who work for contractors come from other provinces and some women who want quick cash end up being sex workers for them,” she says.

“They feel that some work pays little whereas they could make more money through sex work, they feel any other work is a waste of time.”

The research shows that one of the most debilitating illnesses relating to air contamination in the Kalahari Manganese Field is asbestos poisoning. Before manganese, asbestos was mined aggressively in a strip of land bordering the mining corridor that is now home to manganese mines.

This area has been declared off-limits for development and housing; all three communities involved in the research are situated in the ‘no go zone’ deemed “not suitable for human settlement”.

Many of the homes and buildings, including schools, in the area are built with asbestos, leading to high rates of asbestos poisoning. Blasting from the manganese mines shakes asbestos-contaminated earth and buildings, putting people at further risk of poisoning.

ActionAid is urging EU states to pass strong, enforceable human rights due diligence legislation, which is due to go before the European Commission this September. The legislation would cover the whole supply chain. Meaning, for example, that EU corporations would only be able to source manganese from companies that respect human rights and the environment in their operations.

By changing the way companies do business and creating mechanisms for accountability, new EU rules can help clean up global supply chains and promote sustainable development.

For more information and interviews contact Jenna.Pudelek@actionaid.org or call +447795642990.

*Volkswagen recently announced that high-manganese batteries are a strong candidate for their next generation batteries. This announcement may result in an even higher uptake of manganese-based batteries in the future by the industry.

In 2020, the Australian mining giant, South32, generated $342million in revenues from their South African manganese operations, of which just $3.2m (less than 1%) was set aside for community investment according to the bare minimum set by law. Over the last five years, the company paid out $1.9 billion in dividends to its shareholders, compared to just $93m (less than 5%) on community investment globally.

Gaza violence: Civilians must be protected from further death and destruction