Whether it’s indigenous communities in Brazil fighting to protect their territories from the aggressive expansion of industrial agriculture, or garment workers in Bangladesh facing threats to their rights to unionise, sexual violence and harassment in factories, women are on the frontline of defending their rights against the powerful multinationals putting profits over human rights and climate justice.

ActionAid is bringing the voices and experiences of environmental and human rights defenders, particularly women, from the Global South to a series of international meetings and summits this October, aimed at addressing key issues on development, women’s rights, food security and holding corporations accountable for violations of human rights, labour rights and hindering transformative climate action needed to address the climate crisis.

These meetings are taking place against the backdrop of a looming debt crisis, climate emergency, rising hunger and the unravelling of progress towards social justice, gender equality and ending poverty.

But they are an opportunity to showcase the solutions – transforming international financial institutions to enable developing countries to control their own economies; investment in public services to free women from the burden of unpaid care and domestic work; empowering women farmers and restoring the rights of rural communities; investing in farming methods that work with nature, reduce emissions, build on traditional knowledge and improve resilience to the impacts of climate change; and a strong, binding global treaty to ensure transnational companies respect human rights and the environment.

As the International Monetary Fund (IMF) and World Bank (WB) are marking their 75th anniversary at their annual meetings in Washington DC, we’re calling for urgent and transformational reform of these outdated institutions.

With a new debt crisis looming, it’s time for developing countries to be freed from the harmful austerity measures that are preventing them from making the policy decisions needed to meet their human rights commitments. This includes the investment in public services needed for women to realise several rights including access to decent work.

Despite massive public protests demanding transformative action to tackle climate emergency, these institutions’ policies are blocking progress. The World Bank has provided more than $12billion in finance to fossil fuel projects in the last five years. These activities are incompatible with the goals of the Paris Climate Agreement, signed by a majority of  governments, to limit global warming to 1.5 degrees.

The IMF’s incessant calls for cuts to public spending, which disproportionately affect women, have left developing countries on the frontline of climate change unprepared for the devastating impacts of global warming. Earlier this year, Mozambique was forced to take out more IMF loans to recover from Cyclone Idai instead of receiving debt relief and grants from the rich countries that have caused climate change in the first place.

Altamiran Ribeiro, from the Pastoral Land Commission of the Catholic Church in Piaui, a partner of ActionAid Brazil is campaigning to protect the Cerrado, Brazil’s largest savannah region, where forests and water supply are being destroyed by agribusiness.

On Wednesday, he will be speaking at an event about the role of international financial institutions in land-grabbing and destruction of the Cerrado. Altamiran will also be taking part in a rally on Friday outside the World Bank and IMF meetings, calling for divestment of fossil fuels by both organisations.

At the Committee on World Food Security (CFS) in Rome, the Civil Society Mechanism, of which ActionAid is a member, is hosting a side event that will share the experiences of environmental and human rights defenders in their fight against extractivism, the large scale exploitation of natural resources such as oil, water, minerals and forests by multinational corporations.

Women leaders from the Babassu coconut-breakers movement, who are on the frontline of protecting Brazil’s forests from deforestation, will share how their lives and livelihoods are under threat from aggressive expansion of intensive agriculture for the production of soy, corn, sugar cane and cattle. The spread of agribusiness causes forest fires, poisons palm trees and prevents the women accessing areas where the palms grow. Their sustainable way of life is passed down through generations and by protecting the Babassu forests they play a vital role in the global fight against climate chaos.

Their experiences demonstrate the urgent need for a new international law to ensure that transnational corporations respect human rights and the environment in their global operations, which is being negotiated by state representatives in Geneva.

All countries, especially rich countries, must back a strong, international binding treaty that will regulate corporates and hold them accountable for human rights abuses, including threats and violence against human rights and environmental defenders.

World Bank and IMF policies and the activities of transnational corporations are trampling all over the rights of women and preventing them from accessing decent  work and justice. These international financial institutions espouse the values of equality and climate justice, but their actions undermine any meaningful progress. Seventy-five years is more than enough of this hypocrisy. 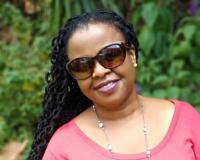 Humanitarian action: Women responding, but outside the system