South Africa has one of the most progressive constitutions in the world on equal rights. But minority groups still experience extreme discrimination and violence.

Black lesbian women are frequently exposed to violence due to their sexuality, including rape and murder. It takes enormous bravery for these women to take a stand to demand that their rights are respected.

The Rainbow Activist Alliance (RAA) is a project of the Forum for the Empowerment of Women. They're a black feminist lesbian organisation, formed after a series of lesbian killings in the townships. They are building links and confidence among isolated and vulnerable women. They're also challenging the authorities stop the culture of impunity and violence.

Paralegal training, monitoring of court cases and training police and court officials are all part of their approach to support these women and other minorities to secure their rights.

“The Constitution is beautiful on paper, in reality it’s not.”

In 1996, South Africa’s post-apartheid constitution became the first in the world to explicitly prohibit discrimination based on sexual orientation. LGBTI people may have felt encouraged to lead their lives more openly. Yet the reality, especially in poorer black communities, has been very different.

Increasing numbers of people came out and became more visible. But there was also an increase in discrimination, stigmatisation, marginalisation and violence. The values enshrined in the Constitution had not been taken on by many of the country’s citizens.

The ‘community’ can be both a source of solidarity and a safe space for black people. But it can also be extremely dangerous for those marginalised within it. Since 1994 there has been an increase in hate crimes against LGBTI people, particularly sexual assault and rape. Black lesbian women are often specifically targeted for ‘fixing’ or ‘correction’.

“It is a sad truth that in our nation the LGBTI community are amongst the most vulnerable and marginalised. They suffer discrimination, violence and abuse…

Every South African must hold themselves, our communities, our institutions and our government accountable for upholding our laws and for protecting the rights of all in South Africa.”

This is exactly what the Forum for the Empowerment of Women (FEW) has been doing at the grass roots since 2002. Jade from FEW observes, “the Constitution is beautiful on paper, in reality it’s not.”

There have been successes in influencing government attitudes. The Anti-Hate Crime Task Force was created with a mandate to develop a response to violence against LGBTI communities. But especially during the Zuma presidency, homophobic hate speech was increasingly tolerated from even the highest political levels.

FEW brought attention to the ‘corrective rape’ hate crime, launching the 07-07-07 Campaign to End Hate after the brutal murders of Sizakele Sigasa and Salome Masooa in Soweto on 7 July 2007.

Sizakele Sigasa was a prominent human rights activist and outreach worker for the Positive Women’s Network. She played an important role in the formation of the national strategy to combat HIV and AIDS. Both women were gang-raped and shot dead in Meadowlands, Johannesburg.

After eight years, three suspected men were released, effectively bringing the case to a close. This followed the killing of Zoliswa Nkonyana in a Cape Town township in 2006 and the rape and murders of Simangele Nhlapo and Madoe Mafubedu in 2007. 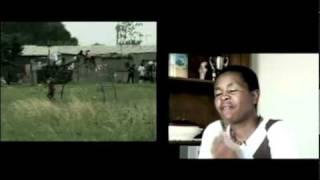 FEW organised the first Soweto Pride in 2004 for all LGBTI people to build support and visibility in safety.

But becoming more visible in these situations brings greater risks. FEW has been working with black lesbian community-based groups since 2013. They've worked with many groups, including ActionAid South Africa, to support the Rainbow Activist Alliance (RAA). 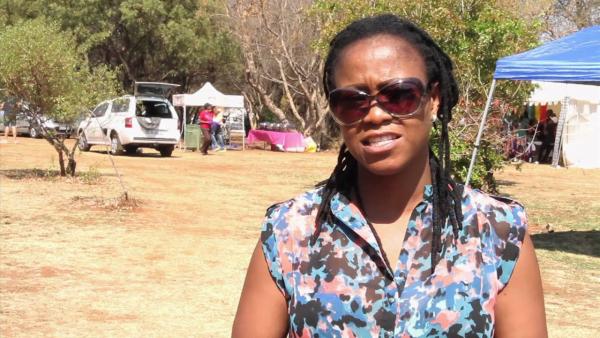 The community groups that became RAA formed because of the discrimination they faced in schools, churches and even in their own homes. They wanted a space where they could socialise without fear of discrimination. They could also discuss how to defend themselves from intimidation and violence.

This network is developing women’s leadership for safer communities. They engage with day to day civic issues as well as access to appropriate public health care and the criminal justice system.

The work has been challenging because these women have largely been ‘on the margins of the margins’, tending to avoid activism due to the risks of violence and discrimination. As such, they often don't have the chance to develop their organising skills. FEW’s approach has focused on providing training for women’s leadership. As well as this, they support campaigns to raise the issues that impact the women most.

Events that RAA member groups have joined include the 16 Days of Activism Against Gender-Based Violence, an international campaign to challenge violence against women and girls. The campaign runs every year from 25 November, the International Day for the Elimination of Violence against Women. It finishes on 10 December, Human Rights Day.

In Johannesburg RAA members marched through the town centre to highlight the dangers women face using taxis in particular. They demanded safe and properly lit taxi ranks, ending sexual harassment and a zero tolerance of violence.

In this video Zandile, a lesbian activist, describes her fears, activism and hope. Jade explains FEW’s support for RAA groups. 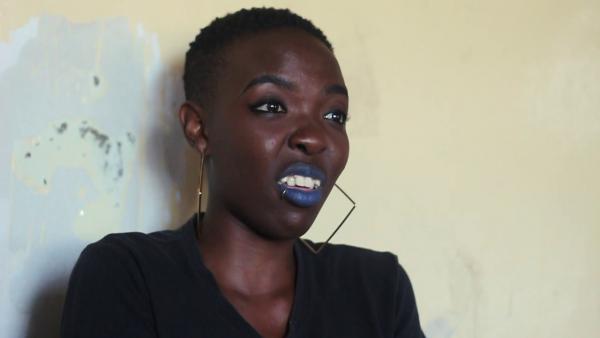 The Rainbow Activists
Jade, from the Forum for the Empowerment of Women (FEW).
Collen Mfazwe/ActionAid

Survivors of rape and sexual violence report that when they take their cases to the police they are often not taken seriously. It can become an experience of being victimised and traumatised a second time. This discourages others from demanding justice and allows a culture of impunity. Perpetrators frequently are not charged, not prosecuted or given lenient sentences.

Demanding justice is a core activity for RAA groups. They speak with police staff to challenge hostile attitudes and establish a protocol for the treatment of LGBTI people. With paralegal training and visits to courts, women are becoming more familiar with the legal processes. This way, they can raise objections when their rights are ignored and violated. Legal cases are monitored from the initial reporting at police stations to the final judgment, gathering evidence of where the system lets them down.

Court monitoring also brings a visible presence to cases dealing with violence against black lesbian women. Demonstrations outside the court can attract media and civil society attention. Many protest actions have been held to raise awareness of cases that can otherwise go unnoticed.

In the case of Lerato ‘Tambai’ Moloi, a lesbian murdered in Soweto, the attention that court monitoring brought to the crime is a probable factor in the eventual conviction and two life sentences for rape and murder given to the perpetrator.

Members of RAA reveal the impact of the trainings and confidence building they have received. Matshidiso states:

“Because of FEW and ActionAid, today I know my rights and I can defend for my rights. I can advocate for the marginalised and lead a life of no discrimination in my community.”

“RAA ignited the flame in me. RAA made me the activist I am today, the feminist I am today… RAA taught me all the dynamics and skills…RAA gave me the courage to stand up and start campaigns of my own.”

These small community organisations and brave individuals continue to risk their own safety to fight for women’s rights. One step at a time, they can transform society to live up to the lofty ideals of South Africa’s constitution. 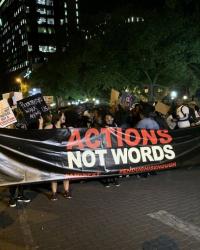