An anti-corruption protest in Zambia resulting in arrests and a year long trial has highlighted the shrinking of space for civil society and the determination of activists to push back to maintain their constitutional rights.

Anti-corruption protesters send a message to their MPs
Kwenda Paipi

On 29th September 2017, the day the national budget was being presented to Parliament, a group of civil society activists including Laura Miti, Executive Director of Alliance for Community Action, and Fumba Chama, aka Pilato, a musician, held a peaceful protest on the side of the road leading to parliament. Their protest was about misuse of public funds and the particular focus was a government contract for 42 fire trucks at a cost of US$42 million. This seemed to the protesters to be a hugely inflated figure as some basic research indicated that similar vehicles could possibly have been purchased for around a quarter of that sum. Laura says. “It was a sense of conviction that what we were seeing was an example of extreme impunity on the side of government and abuse of resources that everyone had been talking about and that there had been no concrete example before. So what the fire trucks did was give us the first concrete example…”

Laura and colleagues had followed the correct procedure, informing the police of their intentions and attending a meeting with the Deputy Commissioner of Police when requested. “They said, ‘please, we’re asking you (they were quite nice actually) not to go on the march because we do not have people to secure you and we’ll give you another day,’” Laura recounts. “We said, ‘you can’t give us another day, you’re not going to present the budget again. We’ve chosen the day strategically, we’ve chosen the budget day because we are talking about public money.' And then, as we were leaving, they said, ‘If you go we are going to arrest you’. So I said, ‘You have the people to arrest but you don’t have the people to secure us?’” Confident in their constitutional right to hold the protest, Laura and the group went ahead.

A group of protesters on their way to parliament
Salim Dawood
Laura Miti, Pilato and others sit down peacefully after the police intervene
Salim Dawood

Indeed the police were present in large numbers and soon started snatching their placards. The group were committed to being peaceful and so withdrew further down the road and sat down. They then came under attack from a group of Patriotic Front (the ruling party) supporters who were accompanying the President to the airport.

Oliver Chisenga, a journalist, reported what he witnessed: “We saw as usual, the PF (Patriotic Front) cadres were not happy at that protest. They came through in the presence of the police officers, stopped their cars, started throwing stones at the protesters, injuring some of them. It had to take the journalists that were there, the individuals who were passing by to say that is a blatant abuse of people’s power. Just because these people are toeing the line of the Patriotic Front doesn’t give them authority to attack people at will in the presence of the police…”

The police rounded up the protesters and took them to police cells. “What I witnessed was the government unleashing the police on innocent people, being pulled, beaten, bundled in police vans for merely displaying placards of displeasure to the Members of Parliament who were going to Parliament, the people they voted for.” 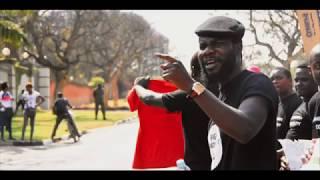 They were later released but six were charged with offences against the Public Order Act. The year long trial, with the threat of up to six years prison sentence, was intimidating for the protesters but also brought much broader attention to the issues of public accountability and the growing authoritarianism of the government.

Laura comments: “To a large extent democratic practice is being stamped on, it’s more difficult to speak out, get information.They think they are more powerful than the voter and they will have their way, whatever happens, which is quite different from where we were a decade ago when we had reached the space where you felt that the electorate were very sure that those in power served at their pleasure.”

Only a few months later, Pilato was forced to flee the country due to death threats following the release of ‘Koswe Mumpoto’ (Rat in the Pot), interpreted as a satire on the corruption of the political leadership. It was an ironic coincidence that the President, Edgar Lungu, flew to attend an AU anti-corruption summit on the day the six were brought to court.

A Front Line Defenders report Creeping Towards Authoritarianism was published in November 2018 and confirmed the trend, concluding that human rights defenders (HRDs) in Zambia are ‘facing arrests, violent threats, intimidation tactics, surveillance and smear campaigns as the government persecutes civil society and challenges the legitimacy of HRDs’. It reports Zambian HRDs explaining that ‘Zambia’s reputation as a stable democratic country is masking the country’s slide towards authoritarianism.’ An ActionAid report from early 2019 also comes to similar conclusions and highlights the growing domination of the ruling PF party, the marginalisation of women in decision making and how anti-terrorism measures are being used as a means to restrict civic and political space.

The fire trucks protest not only drew attention to the issues of accountability and impunity but also, through the trial, to the abuse of process. Lack of knowledge of the law has been exploited to intimidate civil society, but in this case a meticulous defence case was able to demonstrate that the Public Order Act had been incorrectly applied as the law had been amended following an earlier case in 1995. The defence lawyer Keith Mweemba says: “There was absolutely nothing wrong that Laura Miti and the group did that warranted prosecution. It was a bit embarrassing defending that case in court, because you are cross-examining a witness and you see that someone is at pains to justify certain decisions. So you really start wondering where we are going in the country if people cannot even demonstrate and they have actually complied with the law”. Under cross-examination he obtained statements from a Chief Inspector and a Deputy Commissioner of Police, both acknowledging the right to protest. He adds: “The Police are a problem in this country when it comes to the administration of the Public Order Act. We have seen that other people are allowed to demonstrate. Whereas if members of civil society, members of the opposition, if they want to demonstrate the police are very quick to refuse to allow them to go ahead.” 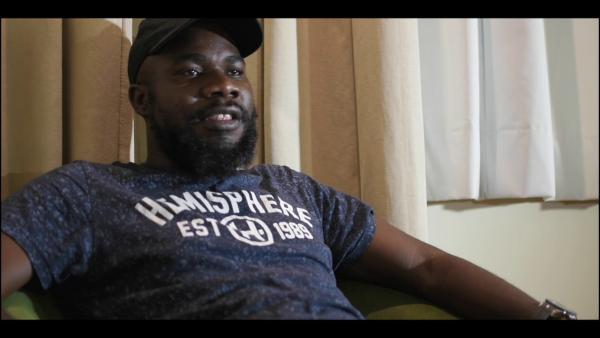 Watch Laura, Pilato and defence lawyer, Keith Mweemba discuss the implications of the case.
Laura and Pilato being dragged away by the police
Salim Dawood

It was a victory and cause for celebration that the fire trucks protesters were all acquitted, but Pilato makes the point: “The independence of one, two, three, four judges does not in any way reflect the character of the system… This is why we celebrate when there is one judge or two judges who are independent and uncaptured. In normal society we are supposed to be surprised when a bad verdict comes from the clear case. But now we are celebrating one independent judgement…”

Laura Miti has confidence that despite the difficult context, the fight for true democracy will persist: “There will always be someone among the citizens, always be that journalist, that is my belief. It is not possible for a whole society to have no human rights defenders”. And her plea is for solidarity among all those defending rights: “I think you need more people making informed comment, keeping themselves informed… and asking the right questions… and the more citizens, the less pressure there is on any single person, any single organisation.”