This joint letter was sent to EU Commissioners from Brussels on 25 February 2020. You can download the letter as a PDF file here.

The sustainability of food systems is crucial to the aims of the European Green Deal, from tackling the climate crisis and preventing environmental destruction to protecting the health and well-being of citizens.

We are alarmed that one key issue has been so far absent from the Commission’s communications on the Farm to Fork Strategy: the inherent unsustainability of a big part of Europe’s current animal farming systems and the overconsumption of meat, dairy and eggs. This omission jeopardises the strategy’s credibility and viability to achieve its objectives of making EU food a “global standard for sustainability”.

The heavy toll that industrial animal production takes on the environment [1], on human health [2], on animal welfare [3] and on rural communities [4] is well established amongst the scientific community [5].

We are calling on the Commission to explicitly recognise and address the need to reduce and improve the production and consumption of meat, dairy and eggs in the Farm to Fork Strategy, in line with overwhelming scientific evidence.

Farmed animals have a place in sustainable food and farming systems, as part of extensive, circular, and mixed farming models, which also have a higher potential for animal welfare. But this type of sustainable farming with animals is increasingly struggling to make ends meet and is being replaced by industrial animal farming [6]. Farmers producing sustainably and to higher animal welfare standards deserve to get a fair price for their work, and they need support when faced with a highly concentrated animal processing and retail sector, where a few international corporations are consolidating control over prices and production.

Given the urgency of the climate and ecological crisis and growing health concerns, changes to our food system cannot be left to consumer choice alone. The industrialisation of animal farming has been supported by policies and incentives – and politicians have the responsibility to reverse this trend.

We call on the European Commission to develop, as part of the Farm to Fork Strategy, a dedicated action plan towards less and better consumption and production of meat, dairy and eggs in the EU, to shift away from industrial farming.

This action plan should set binding targets and put forward a set of measures to reduce industrial animal production, support better animal farming, and create enabling food environments - a combination of surroundings, opportunities and conditions that inﬂuence people’s food and beverage choices - for the uptake of more healthy, plant-rich diets. Several concrete policy proposals to achieve this have already been put forward, for example in the joint NGO letter on the Farm to Fork Strategy in December 2019. [7]

We remain at your disposal for clarifications and any further dialogue on this matter.

[5] & [7] Open letter from civil society to the European Institutions 2018, LESS AND BETTER: A CALL FOR POLICY ACTION ON ANIMAL FARMING 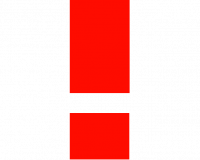 ActionAid in Brussels ActionAid's office in Brussels is seeking to ensure that European Union (EU) domestic and external policies contribute to human rights and sustainable development in the Global South. We currently engage around EU domestic and external policies on: Private sector’s role in EU development policy and responsible business conduct Tax justice and inequality Agroecology and land rights  Rules for the financial sector You can see our latest work with the European Union here, including this joint statement on the COVID-19 crisis which accompanies a set of recommendations from NGOs in February 2020 on Making the European Green Deal work for International Partnerships. As NGOs working on climate, environment, social justice and sustainable development issues, we stand in solidarity with local communities, vulnerable groups and those on the frontlines of the pandemic in partner countries. Solidarity, transparency, inclusiveness, and equity must guide the EU’s response at all stages. In the short term, the priority with partner countries must be to address the health crisis, immediate humanitarian and socioeconomic impacts on livelihoods, and the right to food. The EU should free up maximal emergency and concessional finance that doesn’t exacerbate existing debt vulnerabilities, in the form of budget support and direct transfers to national response plans, support measures to tackle liquidity pressures, and debt relief. In the medium to long term, an economic crisis in the Global South could push hundreds of millions more into poverty. The EU should ensure support to recovery in partner countries integrates climate and biodiversity objectives with the Sustainable Development Goals, tackles social inequalities, strengthens access to natural resources, and supports public services. Some of our relevant publications include: Our recent open letter, signed by several civil society organisations, calling for a Europe that cares for all. This letter calling for an end to gag lawsuits in Europe - protecting democracy and fundamental rights, signed by 119 organisations. This paper on making the European Green Deal work for international partnerships A call for Less and better meat, dairy and eggs in the Farm to Fork Strategy and a letter to the European Commission on the Farm to Fork strategy to achieve sustainable food systems A call for EU human rights and environmental due diligence legislation An ActionAid &amp; Global Witness briefing on investors and sustainability Collect more – and more fairly? A briefing paper about the European Commission’s support for Domestic Resource Mobilisation in developing countries A call for action to ensure strong regulation of the financial sector to avoid environmental, social and governance risks A briefing paper about removing barriers to access of justice for victims of business-related human rights violations A framework for analysing "tax spillovers" A report called Stemming the Spills which provides a guiding framework for national tax spillover analyses A report showing that the US and EU owe more than half the cost of repairing future damage caused by climate disasters Analysis of the EFSD Investment Window on Sustainable and Inclusive Cities NGO recommendations on Sustainable Agriculture, Rural Entrepreneurs and Agribusiness Investment Window A demand that the EU stops stalling on a treaty to ensure that businesses respect human rights A report on NGO recommendations for the EU Sustainable Finance Action Plan Joint CSO Recommendations on the European External Investment Plan A paper on the role of the EU in ensuring global tax justice An analysis of pitfalls and potentials of the role of bioenergy in the EU climate and energy policy post 2020 A mid-term review of the Capital Markets Union (CMU) Our work is co-funded by the European Union. These contents are the sole responsibility of ActionAid and do not necessarily reflect the views of the European Union.