Inequality is such an important global matter that the UN dedicated one of the Sustainable Development Goals to reducing inequality, within and among countries. At ActionAid we recognise this need and we're taking action to help achieve this Goal; through our hands-on programming all over the world as well as supporting marginalised people to advocate for their rights.

In the latter case, we see time and again that adequate public services, funded by progressive taxation, are central to levelling out inequality.

Progressive taxation means, plain and simple, those with more means contributing relatively more. In more technical terms, it means effective tax rates increasing with income or wealth, often achieved by graduated tax rates or well-targeted thresholds and exemptions. It is often associated with personal income taxes, which in majority of countries are at least a little progressive.

However, it is the overall tax system and one’s overall tax bill that ultimately matters. Developing countries, typically heavily reliant on flat (one rate for all) consumption taxes have been struggling to make their taxes genuinely redistributive. Even rich countries, with usually more progressive systems, have been making their systems more regressive.

Progressive taxation is crucial for the delivery of human rights

While this is definitely bad news for fighting economic inequality, it has a much wider impact too. As our colleagues eloquently explained at their side event, progressive taxation is crucial for the delivery of human rights, and women’s rights in particular. Women tend to rely more on public services funded by taxes and because of women and men’s different income and spending patterns regressive taxes tend to hit women harder.

As we have also recently seen in France environmental taxes, if designed in a generally regressive manner, can be decisively rejected by the society. No wonder the gilets jaunes (“yellow jackets”) movement said no to what would be effectively a new broad-based consumption tax, even if with a green purpose, coming right after the government slashed taxes for corporations and the wealthy.

This example also shows that progressive taxation is a profoundly political question – even if it is often communicated as a purely technical one. We sure love our wonky Progressive Taxation Briefings, which examine the application of various types of taxes for building a more progressive tax system. And we are also certainly guilty of making quite technical recommendations around tinkering with tax exemptions and incentives.

The political will should come first and come strong

While arguably slightly sidelined after the 2015 International Conference on Financing for Development (FfD), progressive taxation made its comeback this year at the annual UN FfD Forum. Already the Financing for Sustainable Development report, published ahead of the forum, offered a strong analysis of that topic and signalled appetite for more debate.

The topic of progressive taxation was present all throughout the forum, in interventions by governments, international organisations and the civil society. The role of tax in fighting inequalities, from a human rights perspective was also the focus of the well-attended side event we co-hosted with the Danish Institute for Human Rights and Amnesty International.

The growing interest in progressive taxation comes at the right time. First and foremost, wealth and income inequalities are reaching such outrageous levels that there is little need to recite yet more statistics. But it is especially good timing because this year’s High-Level Political Forum, the UN meeting which looks at the progress in achieving the Agenda 2030 and the Sustainable Development Goals will focus, among others, on the topic of inequalities as outlined in Goal 10.

Progressive fiscal policies are one of the key targets in that goal, but so far redistributive spending has perhaps been more emphasised than revenue-raising. Tax is, however, absolutely central to this struggle too and it is high time to look at what we can do to make it really happen.

But while getting the technicalities right is important for making progressive taxation effective, the political will and intention should come first, and come strong. For that we need citizens to stand up and make clear to their representatives what they want from their tax system and what fair taxation means to them. And this is happening all around the world, not only in France, but also for example in Kenya where people rose to reject another VAT increase.

Establishing a progressive tax system is only the first step though. Then everyone needs to pay the taxes they owe. Even the highest rates for the rich will not mean much if those who should pay them wriggle their way out of them. Tax avoidance and evasion by multinational companies and wealthy individuals is probably the biggest challenge to effective progressive taxation and fighting inequalities.

That is why, although tax systems are national and sovereign issues, making progressive taxation work is a global challenge. Without strong international action to close tax havens and reform international corporate taxation, countries will continue to struggle to tax those with the most means, shifting the burden onto those with less.

In this context, the current global discussion on digital taxation, which offers the opportunity of reforming corporate tax altogether, is so crucial. It is essential that any solutions potentially agreed finally put an end to corporate tax avoidance in a way that really works for developing countries, responding to their context and needs.

Progressive tax reforms at national level and decisive international action are needed urgently if we are serious about tackling inequality and achieving the Sustainable Development Goals. 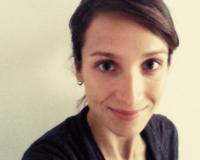 Kasia Szeniawska is a global tax advisor, based in Yangon.

Reactions to the IMF programme in Zambia

Funding for global education must move away from neo-colonial aid