The Transformative and Anti-racist Educational System project (SETA) secured US$10 million from the W.K. Kellogg Foundation to enable transformative long-term changes to Brazil’s systems and institutions that sustain racial inequities. ActionAid has developed SETA in collaboration with a coalition of civil society organisations: Ação Educativa, Brazil’s leading NGO working in education, culture and youth rights;  A Campanha Nacional pelo Direito à Educação, the widest educational collective in Brazil, including student and community groups; CONAQ, a national Quilombola movement advocating for their specific educational needs and challenging inequality and barriers to land access; Geledés-Black Woman Institute, focuses on defending Black women’s rights and challenging traditionally white and male-dominated education spaces; Makira-E’ta, a leading Indigenous Women’s Network supporting Indigenous women’s rights and UNEafro Brasil, which convenes young people, teachers, activists and researchers around themes of antiracism, the right to education, community leadership and the fight against all types of discrimination. The SETA project aims to spark an intergenerational dialogue on racism and education and mobilise a global network on racial justice in education.

ActionAid has partnered with a research team at Bristol University’s School of Education, a global hub of expertise in racial justice in education. The School of Education is home to the pioneering Centre for Comparative and International Research in Education (CIRE), where researchers have been leading work on decolonising education and anti-racist education theory and practice. As part of our work for SETA, we conducted a global survey on anti-racist education initiatives, collecting responses from anti-racist education programmes and organisations. The findings have enabled us to collect information on recent and ongoing projects on race, racism and education and start building a database of theoretical, practical and empirical resources. We hope to use this database to build a global community of practice by sharing the important work of key anti-racist initiatives across the world. This blog reflects on our key research findings of over 100 grassroots anti-racist programmes.

Our research identified that racism takes many forms, with many initiatives worldwide focusing on reclaiming and re-centring African and Indigenous histories and knowledge(s). They start from the premise that education systems have historically erased Black and Indigenous people’s histories, languages and cultures. For example, The Black Curriculum delivers Black British history across the United Kingdom because students are not consistently taught Black British History as part of the national curriculum. Anti-racist education initiatives challenge this colonial legacy by connecting young Black and Indigenous people to African, Afro-diasporic and Indigenous thought. We found that young people are actively engaged in anti-racist education initiatives globally. The National Indigenous Youth Education Coalition (NIYEC) is the first youth-led organisation by Aboriginal and Torres Strait Islanders in Australia. NIYEC mobilises young people to work towards an equitable education ecosystem based on Indigenous pedagogies.

Similarly, initiatives draw on Black and Indigenous historical acts of resistance against colonialism to mitigate colonial legacies of epistemic erasure and injustice in South America. In Brazil, the Quilombo is an essential reference in combating the historical legacy of colonialism still present in education and society. The Quilombo represents historical resistance with crucial implications for anti-racist initiatives today. Quilombos were traditionally rural communities established by enslaved people who ran away from plantations. Aquilombar, its verb, presents a form of “resisting colonial impositions and ensuring the existence of the ancestral culture, traditions and inheritances” of Quilombola communities (Brito, Santos and Matos, 2020). Quilombos continue to be sites of Black resistance in Brazil, but their meaning has transformed from a fixed place to a way of life, a “metaphor, a verb, an imperative, a tradition” (Barreto, 2018). Afro-Brazilian historian, poet and theorist Beatriz Nascimento revolutionised the meaning of the Quilombo as body, the black body as a place of memory, identity, territory and resistance (Reis, 2020). Nascimento proposed thinking about the “body, its gestures, its modes and its language as central materiality for the production of memory, identity and, therefore, History” (Reis, 2020). When Black people unite and aggregate, they are “always forming a quilombo,” they are “eternally forming a quilombo” (Nascimento, 1977).

In a context of epistemic injustice, the Quilombo provides a “Black episteme elaborated from the accumulation of past experiences that built a resistance repertoire, traditions, social, cultural and political values” (Barreto, 2018). Quilombos are powerful historical symbols of autonomy for the Afro-Brazilian community. They provide an understanding of Black culture beyond slavery and bring to the fore the struggles that occur in the present (Barreto, 2018). Quilombola culture is a resource for teaching and learning about a side of Brazilian history often absent from official history books. The Quilombo helps us understand how racism works in Brazil - essential to acknowledging and challenging the structures that reproduce it. Our search for anti-racist education initiatives identified many forms of racism(s): Islamophobia, Roma exclusion, and casteism. These operate differently across contexts. They need to be understood, acknowledged and included in any global programme of anti-racist education. The wider variety of initiatives and programs reveals the importance of learning from the histories and practices of anti-racist initiatives led by historically oppressed people and grounded in their ways of knowing and doing.

In the years ahead, ActionAid and the University of Bristol’s School of Education will focus on making a case for global education frameworks to promote racial equity as a priority. We will convene grassroots anti-racist education initiatives, including regional and global allies in teacher unions (Education International), the student movement (Global Student Forum) and civil society campaigns (Global Campaign for Education and regional platforms) to build a diverse and global anti-racist movement. 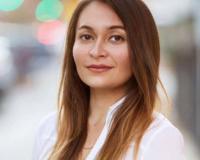 Jáfia Naftali Câmara Jáfia Naftali Câmara is a Doctoral Researcher at the University of Bristol's School of Education. Her research interests include immigration, language, asylum support, poverty, education in emergencies, the relationship between racism, immigration and integration discourse and policy. Jáfia works with the team at the School of Education at the University of Bristol on the SETA project.