Fossil fuel companies, carmakers, airlines and maritime companies use advertising and sponsorships as a smokescreen to distract attention from their climate-wrecking business, while their activities continue to plunge us deeper into climate and human rights crises. This has to stop.

Now, we have the power to change the law with the European Citizens' Initiative.

Act now for a historic ban on fossil fuel ads and sponsorships!

As the EU Commission needs to verify the signatures to consider a new EU law, we need to ask you for some specific information. These details will only be used to verify your signatures, nothing else. 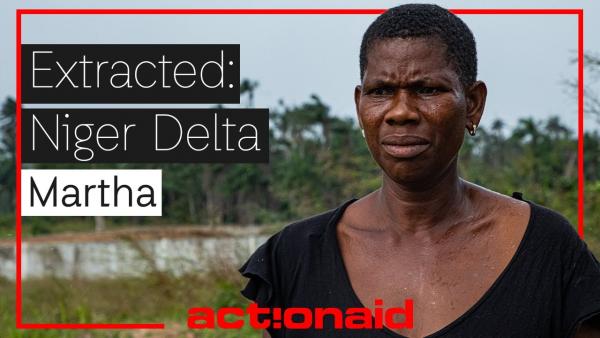 The Niger Delta is one of the most polluted places on the planet. For decades, Royal Dutch Shell has been devastating communities with oil spills, gas flaring and human rights abuses. This is the reality of Shell's polluting activities...

Why is this ban important?

We are in a climate crisis that is leading to a global human rights crisis of unprecedented proportions. After the latest devastating IPCC report, UN Secretary General António Guterres has warned us that we have "reached code red for humanity". Many communities, particularly those in Africa, Asia and Latin America, are already facing the devastating consequences of more frequent and intense droughts, floods, cyclones and rising sea levels, which have also reached Europe. Fossil fuel companies have known since 1957 that burning fossil fuels could cause increased CO2 levels. According to the Climate Accountability Institute, companies like Total Energies and Royal Dutch Shell, who are among the top 20 most carbon polluting fossil fuel companies in the world, continue to promote their dangerous businesses via advertisements and sponsorships.